Keith Jarrett is a name guaranteed to spark heated debate in the world of jazz. On one side, complaints range from the trivial to the genuinely legitimate, such as his physical movements when playing the piano (described most commonly as writhing, epileptic and gyrating) to his on-stage squawks, woops, grunts and ‘singing’ along, and his occasional confrontational attitude to ‘intrusive’ audiences. On the other side, praise runs high for his superb now 25-year old standards trio, his near peerless take on such classical heavyweights as Bach and Shostakovich, and of course his undeniably stunning improvised solo piano concerts. 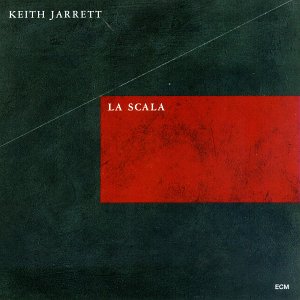 Recorded live at the world famous Teatro Alla Scala opera house in Milan, Italy on the evening of February 13th 1995, ‘La Scala’ is a solo piano set capturing the two lengthy Jarrett improvisations created that evening; a historical first for La Scala, being famous, up until this moment, for hosting solely classical and opera events.

Titled with the usual simplicity, ‘Part One’ the first piece begins slowly and delicately, Jarrett taking his time in pacing and progression, and gentle flourishes gradually giving way to more complex playing. Very subtlely this slowly emerges into a much darker and brooding theme that relentlessly refuses to give the listener a single uplifting note. Around the fifteen minute mark, when the pace begins to pick up, is when Jarrett’s wails and moans join the fray. Whether you can ignore these, or choose negatively to focus on these, is by the by, but the vocalisations are also accompanied with slow rhythmic foot-stomping which surprisingly only adds to the almost stirring foreboding atmosphere that emerges.

This darkness continues for some twenty minutes, with skillful improvisation running throughout, and just when it begins to seem as though it might outstay its welcome, a truly beautiful release begins to unfurl. Bringing a strong resolution to the piece, it is a gorgeous and lyrical conclusion that will defy any criticism of his ability to spontaneously create truly heart-string pulling music. Were the word beauty to ever be used for any moment in music, this would surely be that moment.

‘Part Two’ chooses to begin very differently from ‘Part One’, with fast and frenetic notes pouring from the piano almost as though Jarrett is playing a stream of his sub-conscious. This after five minutes emerges into a slower and quieter passage, but with light-fingered and fast dancing runs skipping over the top – Jarrett matching the pace with orgasmic sounding moans and wails.

Seven minutes in and the pace hits top gear, Jarrett exploring the whole keyboard and the energy levels never flagging. The thirteen minute mark though is where the money is; Jarrett winding his playing into a gorgeous ‘swimming’ section, the keys mimicking the sound of rippling water, on top of a quiet and gentle melody underneath. It is deeply moving music.

The music then picks up into an incredible whirlwind stride, getting faster and faster and then suddenly comes to a halt. And the reception from the audience is nothing short of enthusiastic, enthusiastic and grateful for being able to witness this one-off event, where one man is able to spontaneously create whole and complete music.

After the brooding and beautiful first piece, and the almost chaotic high energy emitting from the second piece, the rapturous applause gives way to an absolute delight of an encore in the form of the standard ‘Somewhere Over The Rainbow’. A luminous performance, Jarrett’s delicate touch makes the song, and happily for any dissenters, given the langorous pace, the loud vocalizations are completely absent, allowing us to focus solely on the quiet elegance of the piece.

A first-class addition to Jarretts solo piano work, ‘La Scala’ is a great slice of outstanding music. If you’re new to Keith Jarret, then this is a pretty good starting point to his solo ventures, sitting proudly up there with with his more famous ‘Koln’ and ‘Vienna’ concerts. The range here may be slightly less than those masterworks, occupying as it does a mostly dark ground, but you will still find much to savour. ‘La Scala’ continues Jarretts bold and beautiful inventions in music, and long may he continue. 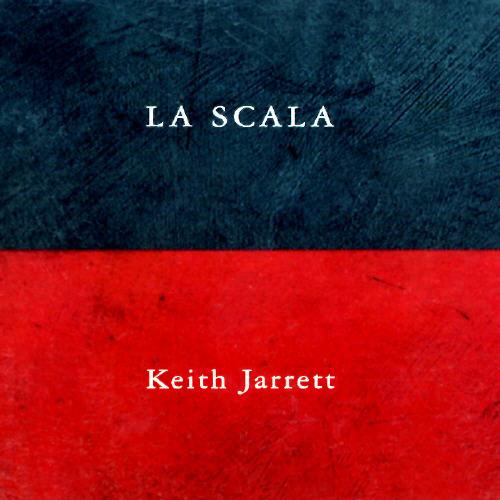