Baby Face Willette's second album, his best, his last on Blue Note, and sadly only two more were to follow... 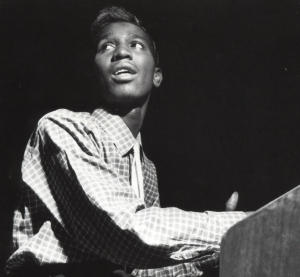 Frequently touted as Baby Face Willette’s strongest recording, ‘Stop And Listen’ stands very much as a high-point of early-sixties soul-jazz, managing to improve on his already impressive debut album ‘Face To Face’. The same team from that session make a welcome return, with the exception of saxophonist Fred Jackson. Not that this is a problem however, in fact it does the opposite, allowing Willette to build on the strong rhythmic relationship he had established with Grant Green and Ben Dixon on both Green’s and his own first record, as well as the tight work he’d laid down playing with Lou Donaldson.

And as good value as Jackson was on ‘Face To Face’, his absence here as an added bonus allows Willette and Green greater time to solo, and the trio as a whole play tighter and cleaner, with a more fiery and crackling energy than before too. The material present is much greater also, taking in some good yet not obvious standards, but also some very catchy originals.

Green is at his absolute funky best here, delivering some of his trademark licks and solos played to perfection. But it is Willette who appropriately shines the most, with some light-fingered playing that interestingly doesn’t obviously sound too indebted to any of the contemporary major organists of the time. He maintains a strong sizzling groove with Dixon throughout, whilst always laying down some highly imaginative melodies and harmonies that highlight just how big he would have become had he continued his career past the mid-sixties.

Song titles really don’t matter with this solid platinum session. Every piece here is a memorable groove, with ear-catching solos everywhere, and no flab or wasted space is present for any aimless noodling or wandering. The three men are of course all excellent individually, and together they make a great group. A great artist with sadly just a meagre discography to his name, ‘Stop And Listen’ is essential for any soul-jazz fan. And for any of the many that seriously digged Grant Green’s blinding debut ‘Grant’s First Stand’, this is essentially the same band but just playing at a different hour in the day. This truly is a sadly near-forgotten and neglected gem. And one that is absolutely worth your investment. 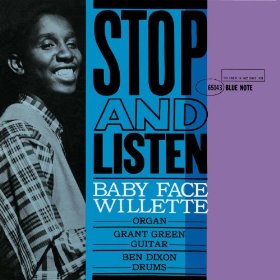