Another of my idol Grant Green's albums from his classic Blue Note period. This one though is one of my least favourite of his sixties recordings. It does however feature a young Herbie Hancock. And that can't be bad. 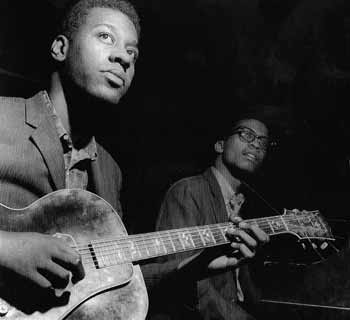 Grant Greens ‘Goin’ West’ is another one of his fistful of ‘concept theme’ records that someone in Blue Note occasionally decided would be a good idea. They weren’t – Green was at his best when given the sidemen of his choice, when he chose the tunes and when he was allowed to play the way he wanted to. Regardless, following the Hispanic and samba moves of ‘The Latin Bit’, the southern hymms of ‘Feelin’ the Spirit’ and ‘Sunday Mornin’s’ gospel vibe, ‘Goin’ West’ makes the unusual gambt of taking on a mesh of country and western, folk and bluegrass.

‘Virtuoso jazz guitarist takes on country music’ though, as terrible as that sounds, this is not. It’s easy to dismiss as jazz-lite, with the easy tunes and lack of risks taken here, but with the sheer abundance of talent on display, the players involved all manage to elevate this to much more than just a small sidenote in an otherwise impressive discography.

At only thirty-four minutes, it’s a short album, and a ‘nice’ one – but far from a great one. Joining Green for duty are Herbie Hancock, Reggie Workman and Billy Higgins, and it feels like a natural grouping. The pairing of Green and Hancock in particular is effective, and you can easily hear why the pianist included the guitarist on his second album as leader, ‘My Point Of View’.

Five traditional, rather than jazz standard, songs make up the album, with opener the traditional ‘On Top Of Old Smokey’ tooled with an initially killer sounding pulse and one of Greens in-truth best ever solos - brief and bluesy, it’s incisive and sings perfectly in its very short time. ‘I Can’t Stop Loving You’ is short but sweet, and ‘Wagon Wheels’ is almost as good as Sonny Rollins take from his equally county-tinged ‘Way Out West’. The best though is ‘Red River Valley’ tooled with an unexpected yet highly successful bossa-nova beat and latin feel, with ‘Tumbling Tumbleweeds’ rounding out the set.

A classic, no - it is though an intriguing release. The result of being instructed to do a number of themed works, and from one of Greens six sessions as leader from 1962, this was then not released for seven years. And when it finally did see the light of day it was fairly poorly treated – just check out the generic, and lacking any artistic merit, album cover. But as sure as it is from being one of his best recordings, it’s also far from his worst, with its high musicality and all of the players bringing their best to the gig. Not that Green ever recorded anything truly bad anyway.

As MOR jazz it works well, and it’s fun and catchy. It’s for Green fans only though really, with nothing here that isn’t done better on any of his other much stronger releases. Nothing bad here, nothing great, it’s a nice ‘safe’ listen with modest if mis-placed ambition, and on that level on those terms it succeeds. 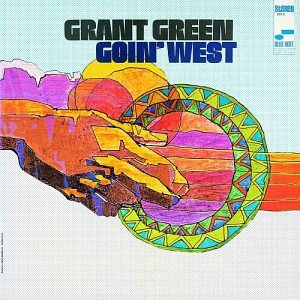