Broadening my scope for jazz reviews, I give you a fine example of oud master Anouar Brahem and my personal favourite of his, the 2009 'The Astounding Eyes Of Rita'. 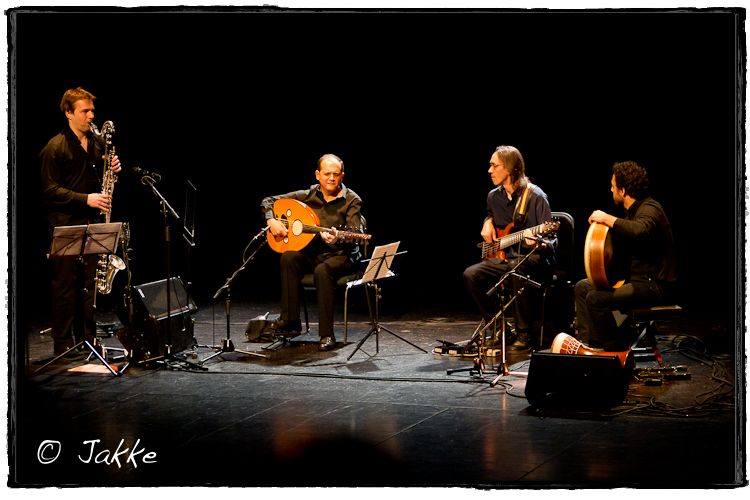 Since first playing on the ECM label in 1991 with his ‘Barzakh’ album, Tunisian oud master Anouar Brahem has tread two very different paths. On one hand he showcases his more traditional sounding ‘classical’ works, while on the other he chooses more varied projects which attempt to meld his Middle Eastern sensibilities with that of equally strong and compelling western jazz players, highlighting a unique fusion of Brahem’s Tunisian heritage, contemporary classical and subtle European romanticism.

The exquisitely titled ‘The Astounding Eyes Of Rita’ showcases a new and decidedly international group for Brahem, one that brings in both new and old musical elements. The bass clarinet, heard best on his musical benchmark ‘Thimar’ with John Surman, is here again courtesy of the rich toned German player Klaus Gesing, while electric bass is supplied by Swede Bjorn Meyer, usually recognised more for his heavy groove-laden funk, and completing the line-up is Lebanese percussionist Khaled Yassine who brings some pulsing rhythms to the mix. Together they create an intriguing blend of tranquil, landscape-like chamber music full of the typical introspection that has made the Munich record label what it is today.

The group takes a traditional Middle Eastern approach against its strong and defined modern rhythm, with Meyer laying down an utterly pulsating groove on the brooding yet almost spiritual sounding ‘The Lover Of Beirut’, while he rises to a springier step for some almost transcendent joy on ‘For No Apparent Reason’. All this while Gesing plays surprisingly the most western element here, with the woodwind providing a darkly-coloured yet ethereal pairing with the similarly low sound of Brahem’s oud, making you wonder why it doesn’t appear in any of the worlds musical genres more often. The title-tracks melody in particular works a treat when channelled through this often-neglected instrument.

Yassine and his darbouka provide a thrilling drive to the whole album, that both infuses the world flavour just that bit extra, but also expands and increases the sound of the group to something much fuller and richer. His work on ‘Dances With Waves’ in particular is a subtle and understated highlight, and it’s this particularly successful grouping of electric bassist and eastern percussionist that makes this stellar recording what it is.

The music throughout is all about strong melody, with the three guest players all strong and creative foils to Brahems numerous and multi-faceted ideas. And after a period of sparer, more open music, it’s incredibly rewarding to see him back playing with stronger rhythms and, in Meyer, a pulsing and throbbing beat. Not that his music has lost that mysterious air that made Brahems such a unique talent before. The eight pieces that make up ‘The Astounding Eyes Of Rita’ are beautiful in just about every way, and grow with each subsequent listen. Possessing the high yet equal qualities of an ethereal atmosphere and a definite and beating rhythmic heart, with these three perfectly hand-picked musicians, this is Anouar Brahem’s most complete and fully-realised album to date, and ultimately his best. 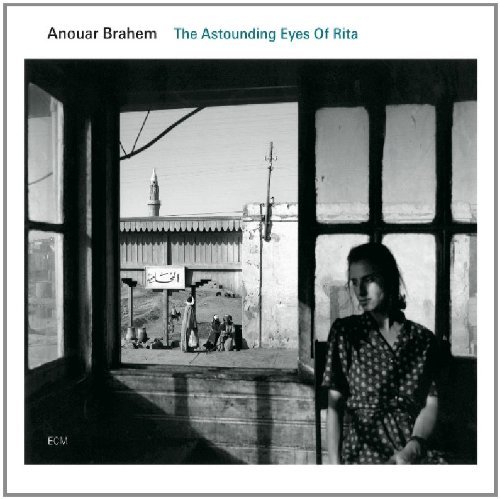