It is now near impossible to find Baby Face Willette's final two recordings other than bolted onto each other. As such they get reviewed together here. And while both good efforts, they pale in comparison to what went before.

After just two sessions for Blue Note as a leader, and not a great number more as a sideman, Baby Face Willette suddenly left the label for reasons largely unknown (although it is accepted that he perhaps felt he wanted to travel more and leave New York). After a period of complete musical silence he eventually yet quietly reappeared on the Argo roster. The first product of his signing with the small label was the album ‘Mo’ Rock’, with assistance from guitarist Ben White and drummer Eugene Bass. And while it’s a solidly enjoyable effort, it’s clear on first listen that it certainly isn’t up to the standards set by his excellent, though brief, Blue Note work.

Regardless there’s some great moments here, such as ‘Zip Five’ where the organist and guitarist get to showcase their musical skills to explosive effect, and the title track itself, which gets a heady and forceful rhythm that Jimmy Smith would have been proud to call one of his own. ‘Unseen And Unknown’ has an almost mystical atmosphere to it that, while strong, unfortunately doesn’t really make much of a lasting impression. The rest too, although enjoyable, are pretty standard easily-paced groove numbers, that fans of relaxed organ trio music will enjoy, but with nothing else spectacular.

‘Mo’ Rock’ is a solid recording, and fans will dig it, but mostly because there isn’t that much Willete out there. It is nowhere close to the standards of brilliance that he achieved with Blue Note, and part of this can be attributed to the company he keeps. Here White and Bass are competent sidemen, and technically strong session players for sure, but they most definitely aren’t Grant Green and Ben Dixon, who had earlier played with Willette with both fire and improvisational finesse. Willette is best here on the harder, faster tracks where he gets to show some good juice and display some highly creative playing around the melodies, so it’s a frustrating shame that the majority is made up of slower mid-tempo numbers. Overall though, this is a fine recording, and worth seeking out if you enjoyed his other more famous works. 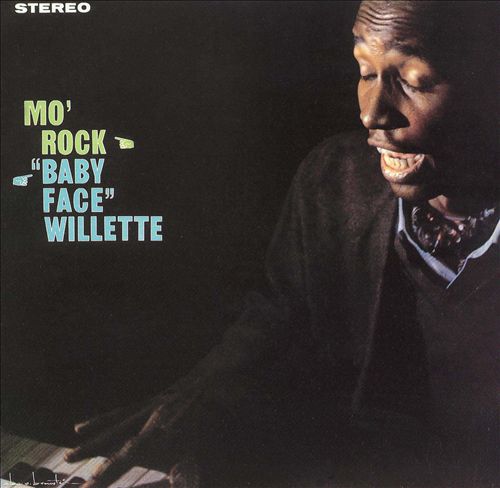 
After just two sessions for Blue Note as leader, and one for Argo three years later, Baby Face Willette would make just one more recording (also in the same year), before quickly fading into obscurity; the reasons for his small recorded output and his disappearance from the scene still largely a mystery.

‘Behind The 8 Ball’, his final record, is a brief affair of eight tracks with most sitting under the five-minute mark, and with only two of the numbers self-composed - the rest being covers of some Willette favourites. While this might perhaps sound off-putting initially, it does allow for some fine space to essentially hear Willette play the tunes with which he originally gigged and made his name.

Like the earlier Argo release ‘Mo’ Rock’, Willete is again joined by Ben White on guitar, while drummer Eugene Bass is replaced by Jerold Donavon, and together they focus more on an R&B, rock ‘n’ roll and gospel sound. Willette’s own title track is catchy and sounds like it could have been a big hit, while the standard ‘Amen’ gets a nice sole guest spot from alto sax player Gene Barge to lend that strong gospel punch.

‘Just A Closer Walk’ is an interesting take on a number recorded around the same time by earlier playing mate Grant Green, which in fact bears well in comparison, but best of all here is Willette’s extended hi-tempo ‘Song Of The Universe’ that showcases Willette - light-fingered and fast as a flash - at his organ playing best.

Much as it was with ‘Mo’ Rock’, ‘…8 Ball’ isn’t up there with Willette’s superb Blue Note duo, lacking both the great material and the premier league sidemen. There are some good pieces here, but there are also almost equal parts so-so and by-the-numbers covers, while again White and Donavon prove themselves as capable and solid, but hardly anything special. White does shine occasionally, much more than on the previous session, but at other times just sounds completely lost. Willettes fourth studio album is a good buy for any fans, and it ends his extremely slim discography nicely, but any newcomers are best directed to either ‘Stop And Listen’ or ‘Face To Face’. 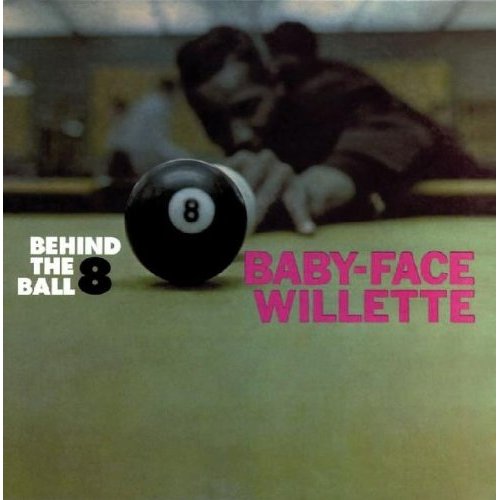