I love John Coltrane. You'll probably tell this by the slew of reviews that will be posted up shortly. Here's one for the under-appreciated 'Ballads'. 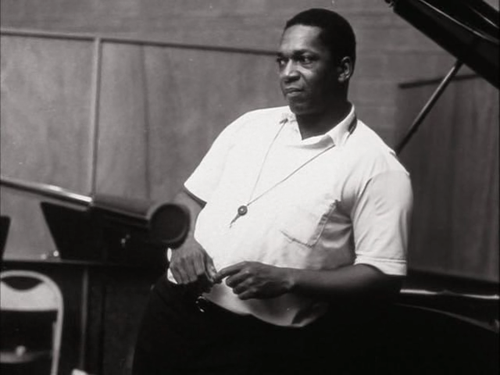 John Coltrane is arguably one of the most famous and most influential jazz players, responsible for and at the forefront of some of the most important movements in the modern jazz world – his impeccable work with the Miles Davis Quintet, 'Kind Of Blue', 'Giant Steps', 'My Favourite Things', his so-called 'sheets of sound' approach to playing, his later spiritual work, and, as the ultimate divider, his complete immersion in the free and avant-garde world in his final few years.

As such there are a handful of works that sharply divide his fan-base, most obviously his later recordings which feature some heavy sounds indeed for some. Notably these come near hand-in-hand with 'Ascension' – it often attracting equal parts praise and criticism, for the 'spiritual' and 'impassioned' playing, and for the screeching blasts of fellow tenor Pharoah Sanders and the near cacophonous sound that can be generated by a band of between six and twelve players working in the 'free' idiom.

'Ballads' then gets the near-same level of criticism from some, but for the opposite reason. Still relatively fresh into his new contract with the still young Impulse Records (and returning from Europe to hostile critics dubbing him and friend Eric Dolphy ‘anti-jazz’), Coltrane recorded an album of slow-to-mid-tempo love songs. Subsequently many saw this as a compromise with the label in order to placate the critics who had complained of the overly-complicated playing, too many notes and far too much experimentation. Thus we get complaints of easy-listening, a 'one for the label, one for the artist' mentality, and even a session the man didn't want to make or participate in.

All this though simply just gets in the way of what is effectively one of John Coltrane's most easily enjoyable and certainly most accessible works. 'You Don't Know What Love Is', 'All Or Nothing At All' and 'It's Easy To Remember' are superbly handled here, with eight songs covered in total, a direct contrast to 'Trane's usual short number of considerably more lengthy numbers. Each is lushly caressed, with the saxophonist taking a more relaxed and subtle role, and instead allowing the great McCoy Tyner's piano to shine. And shine he does, with some gorgeous beauty revealing itself over some aching melodies and shimmering key work. Tyner plays very inwardly and, understanding the pull and allure of these classic tunes, even predictably - but excitingly and yearningly so.

True, it's the lighter and less aggressive side of 'Trane, but that doesn't have to be taken as a slight on the qualities of the music contained herein, offering us as it does the quieter and perhaps more obviously beautiful side of the man, and really showing what his quartet can do when in a more soft or subdued mood. Warmer and more instantly rewarding than some of his undoubtedly better, more 'classic' work, it would also form the basis of the more accessible Coltrane on Impulse, alongside the excellent collaborative effort with Duke Ellington and of course the classic 'John Coltrane And Johnny Hartman'. Beautiful, gorgeous and showcasing to winning effect another side of the legend, 'Ballads' is not quite an essential Coltrane entry, but it is a great one. 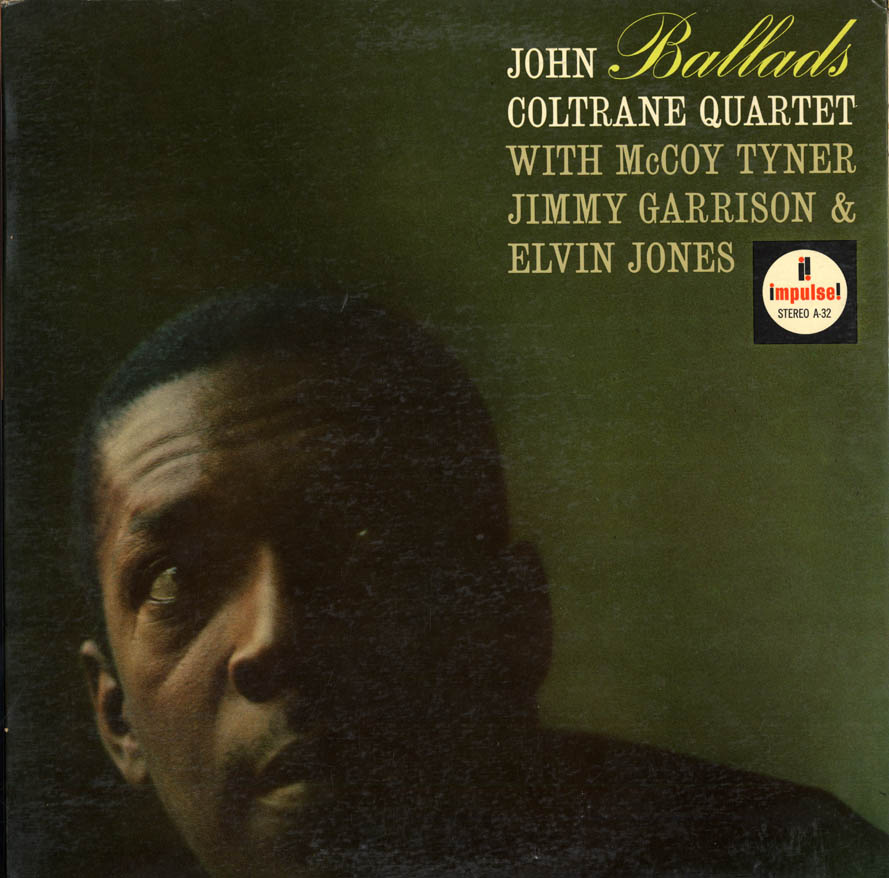