Of the many (too many?) stock-piled John Coltrane works that would later see the light of day after his shock early passing aged just forty years old, 'Stellar Regions' is without doubt the most important, and easily the most musical.

A complete session, recorded on the day of February 15th 1967, just five months before his death, Coltrane is here joined by wife Alice on the piano, long-time bassist Jimmy Garrison, and drummer Rashied Ali, making this his very final quartet date – notably lacking the presence of, the alternately powerfully moving and infuriatingly cacophonous, Pharoah Sanders (depending on your own personal opinion of course).

Eight numbers make up the session, with only one ever appearing elsewhere ('Offering', having made up part of 'Expression'), making it an incredibly worthwhile 'kept in the vaults' piece of 'Trane history. Although having only appeared as late as 1995, one has to wonder why it took so long for Alice Coltrane to unveil it to the world – especially when the results are as consistently brilliant as they are here.

Intriguingly though, while the music is itself very good, it doesn't really show where exactly the saxophonist was planning on heading next - the tunes are strong and the band play fantastically but, partly because of the studio nature of the date (as opposed to the sometimes epic live free-for-alls) and other unknown factors, the pieces are somewhat briefer and more concise than one might expect. Indeed many will strongly wish the tunes would stretch out and tantalise us with the future-looking musical ideas more.

Some may point to Coltrane's then deteriorating health as a factor for this ‘simpler’ and more refined style, but this is easily refuted by the man's impressive and intense playing, some as strong and as explorative as any he had ever laid down. And although decidedly free, everything he plays here heads toward somewhere planned, distinctive and rewarding. If he really was ill at this stage in his final year, then you certainly can't hear it.

The most major release of John Coltrane's posthumous recordings, 'Stellar Regions' is a complete and musical set that perhaps would (and definitely should) have actually seen the light of day had Coltrane lived, rather than the mostly out-takes and unfinished material that made up the bulk of the 'new and exclusive' music that came out after 1967. An impressive set, any Coltrane fan would do well and in fact be wholly recommended, to seek it out, with even the more casual appreciator of his later more 'spiritual' affairs likely to be won over. 'Stellar Regions' is more than just a great session though, it is arguably John Coltrane's last great album, and Impulse and John Coltrane’s may fans would do well to treat it as such. 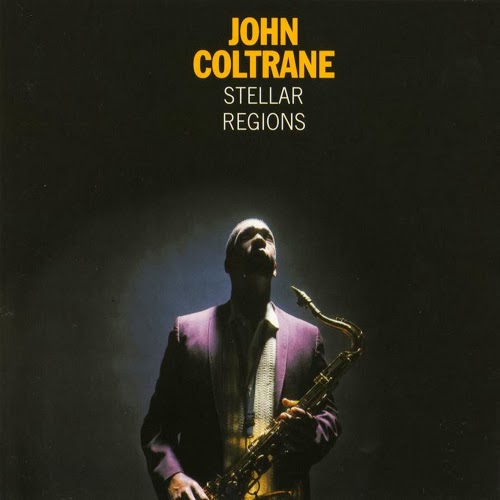