Portico Quartet are four musicians hailing from East London, who started a band together in 2005 and chose to spend a good deal of their time busking. From there, they perfected their atmospheric instrumental sound, with the addition of the relatively new-to-the-world inverted steel drum, the hang. Picked up by Babel records, their debut album sold handsomely with strong word of mouth, leading to a nomination in the Mercury music awards (which thankfully they didn’t win, winning the award being much akin to being cursed, and would you really want to share the dubious company of M People?). 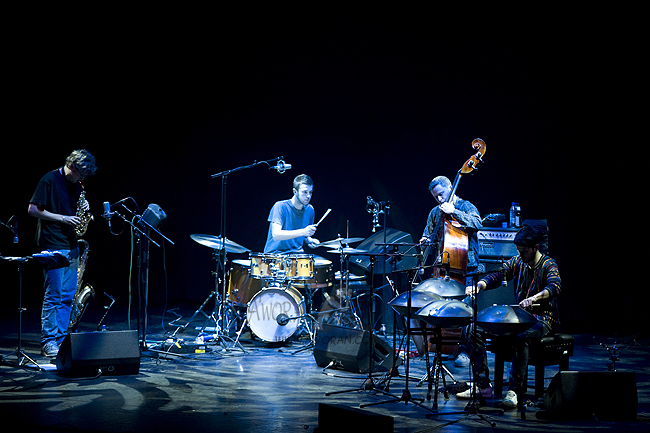 A strong and successful first album buoyed by equally successful tours, the Portico boys regrouped mid-2009 between two separate tours to record new material with assistance from famed producer John Leckie. On this, their second album, the quartet have expanded their array of instruments from the acoustic line-up of saxophone, double-bass, drums and hang, to include some electronics, loop pedals and even some strings. Recorded live, mostly at Abbey Road, together with Leckie they have made something that sounds both bolder and darker than their pastoral more ‘worldly’ debut, but still unmistakably sounds like them.

Every track oozes mood and atmosphere, with crucially none out-staying its welcome. Opener ‘Paper Scissors Stone’ opens with a strong group workout, Jack Wylie’s sax clearly to the fore, and the hang drum in an almost jazz piano rhythm role. Second track ‘The Visitor’ then ups the ante with Wylies melismatic eastern sounding soprano, the subtle electronic effects (all live) and manipulations melding with the saxophone as it lays down a hypnotic and repetitive figure. ‘Dawn Patrol’ changes focus with Milo Fitzpatricks robust bass leading a two-minute ‘walk-in’, with only some drums for support. Driving and pushing everything forward, even when the usual leads of hang and saxophone enter the fray, the bass stays well to the fore.

Ever so slightly reminiscent of Michael Nyman, the arguable centrepiece of the album comes in ‘Line’. Beginning with Nick Mulveys hang rhythm line, sounding both hypnotic and fragile, Duncan Bellamys drums come skipping in and out of the mix throughout, the two combining and occasionally delicately crescendoing, before returning to a quieter groove. The bass sometimes strolls in and out, and the eastern saxophone offers long and slow rides over the top of the continual and hypnotising hang drum. Where perhaps ‘Steps In The Wrong Direction’ came to be the favourite and centre of ‘Knee Deep In The North Sea’, ‘Line’ also occupies the same space and will easily come to be a new live highlight. Indeed it already was when we had the chance to see them play it in during their 2009 tour.

‘Life Mask (Interlude)’ offers a gentle piano, subtlely leading into ‘Clipper’, a maelstrom of sound with all of the band on fire, before ‘Life Mask’ returns as a full track - opening with a synth drone, snatches of sax and bowed bass float along the top, before a mournful and gently melodic glockenspiel comes in from Bellamy. Featuring a strong solo from Wylie, it’s also a superb Portico-style ballad.

‘Isla’ heads toward the end of the album with a swelling anthemic ensemble, before the album closes, brilliantly, with ‘Shed Song (Improv No.1)’ – recorded appropriately in their shed. Swirling and captivating, it is the ideal closer, and leaves you wanting, oddly, more shed recordings.

A gorgeous and haunting album, in many ways it improves on their first. Revealing fresh nuances on every repeated listen, this is an album that hits you and then continues to grow and grow. 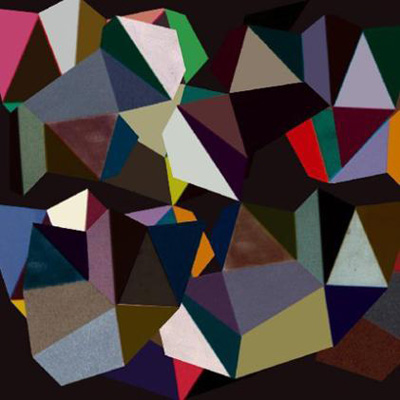