Time for another 'lesser-known' 'Trane effort. This is one of my absolute favourites. One more review of Coltrane after this, and one I distinctly do not like... 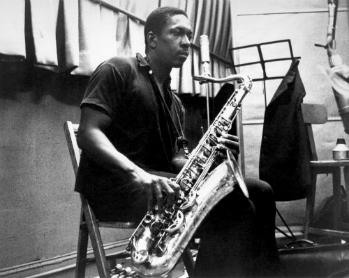 John Coltrane's time first at Atlantic and then with Impulse yielded a staggeringly impressive amount of recordings, not to mention the sheer quality of each. There was too a fair share of overlap in both his labels contracts too, meaning that when 'Ole' (also sometimes referred to as 'Ole Coltrane') hit the record stores, 'Trane's debut for Impulse, 'Africa/Brass', had in fact just been released the year before. Not though that this was any backwards-looking, vault-digging, barrel-scraping release - far from it in fact.

The double bass opening to the title track is a wonderfully atmospheric acoustic-funk before there was funk intro that quickly ushers in some highly rhythmic Spanish piano courtesy of the then still underrated McCoy Tyner, and it is these two instruments (although technically three, with bass duties handled by both Art Davis and Reggie Workman) that create the strong setting, with just a flavour of the similarly themed 'Sketches Of Spain' by former Coltrane employer Miles Davis.

Featuring some inspired improvisational work from second saxman and occasional flautist 'George Lane' (actually Eric Dolphy who was not officially credited, due to being on the Prestige label at the time) and trumpeter Freddie Hubbard (who is credited, with thanks given to Blue Note), as well as some skilled bass work. It is though fully Tyner's moment, anchoring the whole piece with flair and soul, and then cutting loose for some of the very best soloing here and of his career.

Vibrant, complex and seductively rhythmic, the rest of the album has a lot to live up to following this epic eighteen-minute introduction. 'Dahomey Dance' then does not disappoint, except on pulling back on the more overt Spanish sound and allowing drummer Elvin Jones more room to show his considerable muscle, whereas 'Aisha' is a slow and wistful ballad that yearningly haunts from the speakers. More than just one of Tyner's very finest compositions, it is arguably one of, if not the, finest of the collaborations between Coltrane and Tyner. Hubbard and 'Lane' though both ensure that their time in the spotlight is not wasted.

Not perhaps one of John Coltrane’s most famous of albums, it is one of his most engaging and consistent listens that should at least be considered up there close to 'My Favourite Things' – certainly it's one of the easiest to sink into. And as a bonus, many newer editions now end with the original 'Ole' sessions out-take 'Original Untitled Ballad (To Her Ladyship)'. This is simply classic and out-standing music from ‘Trane. 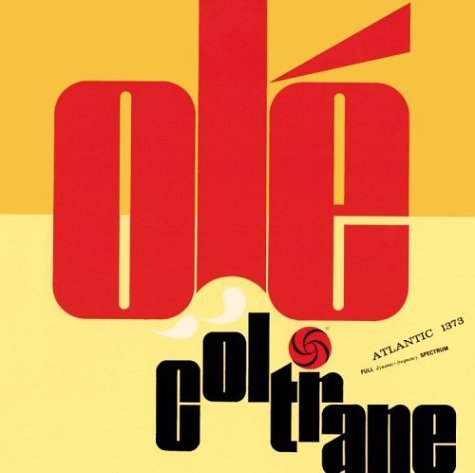