The popular consensus has it that Grant Green's early sixties Blue Note work is his good work, and that everything else is sub-par musical wallpaper. And while that view does have some partial sympathy from me, largely due to his appalling late-seventies funk-lite works, he did produce a rich vein of work, that although did not follow his bop or soul-jazz roots, is still very well worth investing in. Three live funk-jazz efforts from the seventies are available, and while each has its merits, perhaps the best all-rounder is the post-humous (by more than twenty years) 'Live At Club Mozambique'. 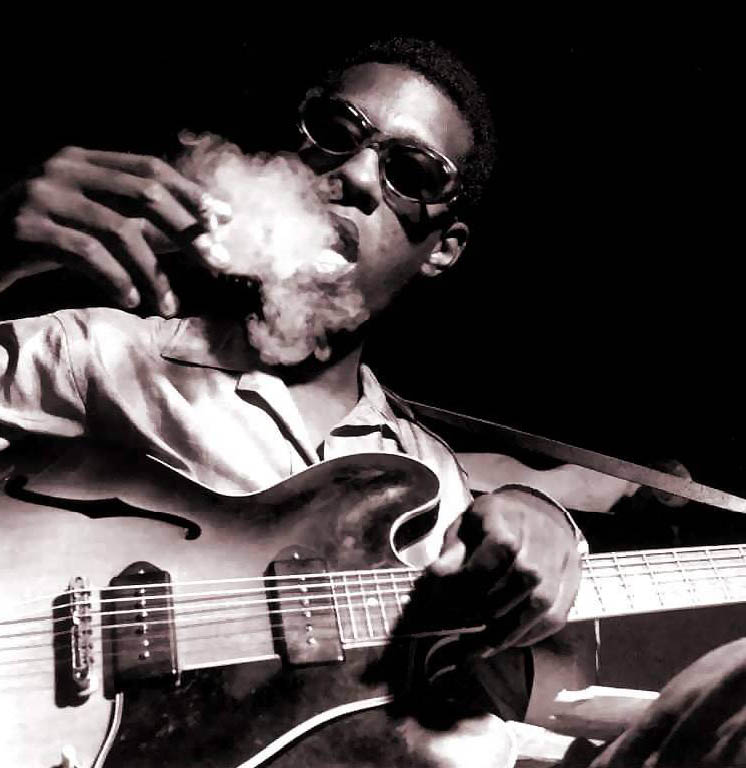 By the time jazz and funk guitarist Grant Green had reached the seventies - his final decade - drugs and fame had taken their heavy toll on him and he had decamped to Detroit. Regularly playing a gig at the local Club Mozambique, the New York-based label Blue Note, now headed up by Francis Wolff, decided to record some of the shows on the nights of the 6th and 7th of January in 1971.

Aided by then regular band-mates Clarence Thomas on saxophone and Ronnie Foster on organ, Blue Note also flew out some additional players in the form of tenor sax-man Houston Person as well as funkster-drummer supreme Idris Muhammad to make the recording the very best they could. Oddly, bafflingly even, the tapes were then kept in the vaults unreleased for more than thirty years.

The music present is fairly simple half-funk half-jazz, and made up mostly of covers of then contemporary hits. Clearly the regular attendees at the club were expecting a good time for a drink and a dance, and Green - knowing his audience - was happy to oblige. Not that one should take this unambitious approach as a negative. Most of the pieces are based around just one or two chords, but the band plays with the creative opportunities afforded them and dance around the music. ‘Bottom Of The Barrel’ for example is a one chord jam that lasts over nine minutes. A commited performance, it is fun and aggressive with a particularly soulful solo by Person, who plays most of the sax solos here. He wails with pleasure on acid-jazz favourite ‘Jan Jan’, and plays seductively and intoxicatingly on an unusual cover of ‘Walk On By’. Not that the song is the sentimental squib it could have been - the band attack it with a raucous fury and sound like they’re having a great time.

The only original tune here is ‘Farid’, brought by Thomas. Given a rare spot to shine on his own composition, after being mostly pushed to the sidelines, he shows his commanding Coltrane-influenced playing and raises questions as to why he never became a big solo draw. Mention must also go to Foster and Muhammad, who cook up a rhythmic storm together and sound like they’ve been playing together for years, not just on these two dates. Green as expected plays pristinely the whole gig, his tone clear and bright, his rhythm work without peer, and his solos are absolutely some of his best.

Seventy-six generous minutes of funk, this reveals perhaps Greens stronger side to his later musical personality. An in reality awe-inspiring funk player, he was also a spellbinding improviser in the genre. This isn’t his jazz work, so don’t expect ‘Idle Moments 2’ or a rehash of ‘First Stand’. Where his later years funk efforts are frequently worthwhile, they do occasionally lack fire and punch. This live session, though left in the vaults for far too long, instead goes a good way to increasing this most under-valued of artists stock. 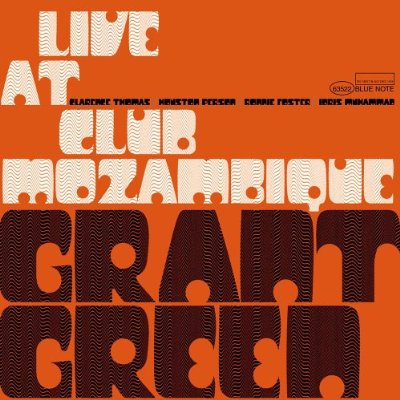