Kurt Elling both wows and seduces his audience within seconds of stepping onto the stage. His persona successfully managing to combine charisma, elegance, intellect, humour and also a knowing sense of self-depracation, works to great effect and makes his performance from start to finish an utter joy.

Touring in support of his new ‘1619 Broadway: The Brill Building Project’ album, that celebrates the famous song factory that pumped out of the biggest songs and songwriting teams of the 20th century, Elling delved deep into an expansive catalogue of numbers that took in jazz, pop, rock and even medieval poetry.

A masterclass in charismatic performance, there isn’t a single empty space in the whole gig, with the gaps between songs filled with instrumental accompaniment, witty stage repartee, well-practiced on-the-road anecdotes, and the most fun of all, spontaneous band improvisation, utilizing not just a virtuoso performing band, but also Ellings incredible vocal skills. Not just a powerful baritone with an enviable five octave range, his scalpel-like precision in being able to alter and manipulate his voice is astounding, and the dazzling way he held an extended note at the end of his and Von Freemans’ ‘I Like The Sunrise’ made his voice sound almost like brass instrument, or maybe even several.

It was not just The Kurt Elling Show either, with a brilliant band performing incredibly for the whole performance. Playing the bass, in any genre of music, can often be a thankless and overlooked role, and yet Clarke Sommers was handed a very generous moment to shine, and he made absolutely sure to make his moment in the limelight his own. Theodore Roethke’s classic poem ‘The Waking’ is one of my favourite Kurt Elling pieces anywhere, and it was reproduced brilliantly on this night. Sommers’ soulful bass anchored and propelled the whole thing forward, while also working toward providing one of the more mellow moments for the evening.

The whole band however played to perfection. Drummer Kendrick Scott managed to showcase as many different possible styles as there were songs, and changed his pace skillfully to match any curveballs that his boss threw his way. Laurance Hobgood too showed why despite being labeled as ‘pianist’ is frequently referred to by Elling himself as ‘my musical collaborator’ – not one to hog the spotlight, he played sympathetically, and provided light skittering backing when required, but also made sure to join in with the shout-outs to the band during their driving solos.

One of the newer additions to the band and perhaps the key to expanding the sound of group is John McLean, a cool and bluesy inflected guitarist who contributed subtle shades of soun d and washes of colour as much as he dazzled with electrifying solos and melodic interplay with Ellings vocals and Hobgoods piano. Based on his performance tonight alone he deserves to be a much bigger name.

Although designed to be a showcase of his songs from the recen Brill Building album, Elling also dived into other songs that he had toyed with including on the album, but had ultimately left off. Previous album ‘The Gate’ was also picked from, with the highly gymnastic vocals of Marc Johnson’s ‘Samurai Cowboy’, but the clear highlight was a beautifully seductive take on Carole King’s ‘So Far Away’. Pure emotion has rarely sounded so good or so musical.

A skillful, highly charged singer with an incredible range, Kurt Elling’s untoppable charisma and quartet’s stunning interplay helps make this easily the greatest male vocal jazz outfit performing right now. During the gig Elling made a joke that it felt like a promotion, having gone from a five day residency last year to an improved six day stint for his 2013 European tour, and should probably have got ‘an exta taste’. As much as we all laughed though, I’d be very surprised if Kurt Elling doesn’t increase his residencies the globe over for many more years to come. 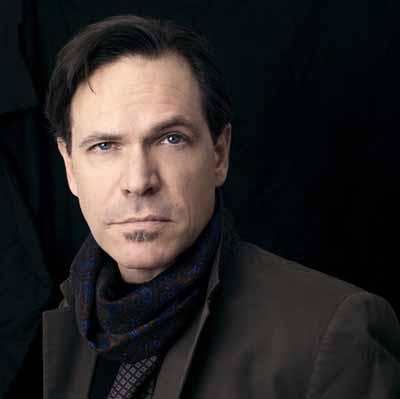 No photos from the night (club policy) but here's one of Kurt looking cool.
Posted by Unknown at 14:16