Herbie Hancock had, before he’d even hit twenty years old, been a talent to watch. In his early twenties he laid down some classic recordings for Blue Note with some of the best players around, played with the great Donald Byrd, and been drafted into Miles Davis’ band to help form the second great quintet. Helping Miles on his seminal electric fusion jazz album ‘In A Silent Way’, Miles would then go onto develop his own darker heavier funk sound through recordings such as ‘Bitches Brew’, ‘Jack Johnson’ and ‘On The Corner’, as well as increasingly funkier sounding live performances. 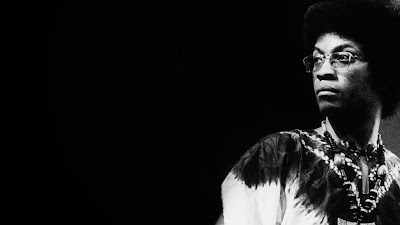 Hancock though would spend a few years dabbling with funking-up his acoustic music and band, before making a move into the fully-fledged electric funk that Miles had embraced. Joining the same label as Miles, ‘Sextant’ released on Columbia in 1973 found him testing the waters with the electronic sounds of the gradually emerging jazz-fusion movement, but it was ‘Head Hunters’ released later in the same year that launched him head-first into jazz-funk stardom.

The stunning sixteen-minute opener ‘Chameleon’, unlike anything else at the time runs a funkified musical labyrinth of a rich tapestry of sounds and electronic manipulations. Electric bassist Paul Jackson lays down a steady, yet cool groove with Harvey Mason on drums, while Bernie Maupin on saxophone follows Hancocks leading melodies with an effortless ease. Full of great segments, the whole works to great effect, and has been sampled countless times, but nothing compares to the fantastic original.

An earlier tune from the decade before, ‘Watermelon Man’ from 1962’s debut ‘Takin’ Off’ is given a complete redux, as Hancock and his team strip it down to a tropical sounding funk, with Maupins flute shimmering against a great rhythm backdrop. Hancock’s keyboards lead the melody gently as he gives breathing room to his players for some free improvisation. Taken from it’s beginnings as a relatively conventional acoustic group number, it is reset into a tribal-electro-jam, and it sounds magnificent.

‘Sly’ is the peak of improvisational free-for-all funk, with a frantic yet carefully laid out style as everyone gets to show off their musical muscle. Bill Summers infectious percussion rhythms, here with congas, comes into its own as the pace increases. Combined with Harvey Mason’s drums, they create a solid and highly grooved percussive wall that only adds to an already top-flight composition.

By contrast to the first three numbers, the last piece, ‘Vein Melter’ finds everyone at a more relaxed pace. The keyboards and sax, light and gentle, mix with swaggering funk of Jackson’s bass, while Mason and Summers again get to show their musical prowess in the equally subtle yet captivating rhythmic wave they create.

‘Head Hunters’ was a massive success on its release, selling over a million copies and beginning Hancocks straddling of the jazz and pop worlds. Creating a new funk style, it would go on to influence other music outside of jazz and in no small way help change the way people listened to music overall. Also helping open the doors for electronic music such as electro, hip-hop and other sample-based music, its influence can be felt in almost all music genres. Hancock took a different funk route to the funk bands of the time, and a different one to that of the other jazzers’ gone funk, like Donald Byrd funk-pop, and Miles’ jungle-funk, and in doing so became a different pioneer. Time has not diminished this most influential of recordings, and it still to this day remains a highly addictive listening experience. Dig out your copy now. 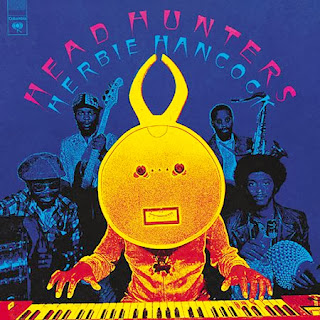