So after a long time of trying to get a blog, twitter account and website set up, I've decided to just jump in and get posting. And when the site is in a half-decent state, to go live with it then. In the mean time, some of my writings and opinion pieces go straight here. So what better way to kick off than with one of my favourite musicians, and one of the jazz worlds more deserving of higher praise and notice - Grant Green. 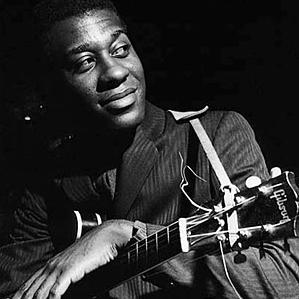 Grant Green is known mostly today as a great source of samples for a variety of acid jazz and dance aficionados  largely because of the records he made during the ‘second half of his career’ – groove based rhythm and funk work that earned derisory comments from the jazz crowd, but gained some nods of approval from the younger funk crowd. Funk came easy and naturally to Green, almost as if it was already part of him all along, and he made some deeply grooveable albums. A side-effect of this is that it is often forgotten that he could also be a straight jazz and blues player, and a master of richly melodic improvisation to sometimes rival even even that of the great Wes Montgomery.

There are a good few strong contenders for the title of Greens greatest straight jazz album, including his debut ‘Grants First Stand’ and the excellent ‘Street Of Dreams’. But without a doubt the absolutely best ‘pure’ jazz album he made, was ‘Idle Moments’ in 1963.

Made up of just four tracks, the title piece and ‘Nomad’ both come in over ten minutes, at 14:56 and 12:16 respectively, whereas ‘Jean De Fleur’ and The Modern Jazz Quartet's ‘Django’ are comparatively shorter pieces. All four though are exceptional.

‘Jean De Fleur’ and ‘Django’ were actually recorded in two versions, with the shorter, second versions appearing on the original album. The reason for this was the fact that the breathtaking ‘Idle Moments was originally planned to be no longer than seven minutes, in order to make up the LP maximum length of forty minutes without going over the limit. However, after recording the rest of the album first, the group then, carried away with the groove and the flow, played an almost fifteen minute long version, with outstanding solos from all the players. Luckily Alfred Lion, a man known for his good ear, rather than aborting, kept the tape running and recorded every minute. Deciding to keep this exciting development, Lion made the call to have a second session (at his own expense) where they should record more truncated takes on the other two numbers, save losing the languid beauty of the gently epic piece.

Far from being over-long or noodle-some  ‘Idle Moments’ is relaxed with a strong after-midnight atmosphere, reflecting the time of day it was recorded. And Greens solo is a languorous and lyrical cascade, creating the perfect path for Duke Pearson, Joe Henderson and Bobby Hutcherson to follow, on piano, tenor sax and vibes respectively. It’s possibly the most serene fifteen minutes of music you will ever hear. ‘Nomad’ too manages to break the ten-minute barrier, without losing the listener, but maintaining a faster and more driving pace.

The shorter tracks are just as good however, raising and lowering the tempo expertly throughout the album. Interestingly, and very welcomely, certain releases of this album contain the longer original cuts of ‘Jean De Fleur’ and ‘Django’, with the latter being more than five whole minutes longer than the cut that made the original album. This extended version should definitely be the one to seek out, a classic recording elevated even higher.

One of those rare few recordings you can easily listen to the whole way through and then instantly hit the repeat button when it finishes and listen to all over again, it’s a classic of its kind and should be duly considered one of the best Grant Green, best Blue Note, and best jazz works ever. Essential and beautiful. 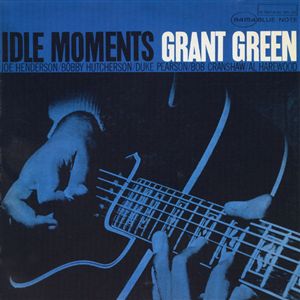 This review was originally written in 2010.
If anything this classic recording has only improved in the years since.