Following on from his excellent ‘Twelve Moons’ album, Jan Garbarek returns with the unique elemental sounding melancholia of which he seemingly has become both the master and sole student. Creating something perhaps slightly less austere than this earlier works, this is in fact due to a good deal of the music here being based on work for various previous soundtracks. As such it isn't really comparable to previous Garbarek works, as there doesn't exist a common theme or unifying thread, and that in turn creates the biggest problem with ‘Visible World’.

At times it falls somewhere between ambient and minimalism, a chilled and relaxing listening experience, heard best on the album highlight ‘Desolate Mountains’. At other times we get spirit-lifting euphoric tunes such as ‘Red Wind’ or ‘The Healing Smoke’. We also however get pieces that border dangerously close to being contemporary background and dinner party music, with ‘Survivor’ giving us at times something akin to ‘Panpipe Moods – Volume 4”.

For a recording, and recording artist, that seems focused on creating a mood – either one defined mood, or an evolving and developing set – there is quite a juxtaposition here that means you never quite settle in. It’s pleasant and at times even interesting, suitable for background music to some late evening soiree, but it never really hits a stride and gets going. There are a number of good pieces here for sure, but as good as they are, they never come together as a whole, feeling overall like a badly programmed chill compilation.

Occasionally Garbarek gets unfairly generalised as ‘new age’, as much a result of his more ethereal sounds and the lack of easy classification for his music to fall into, as it is the laziness of his commentators. Here though, although a qualified success, he has stepped almost willingly into the genre - albeit while keeping some of the euro-jazz spirit he is known for. For fans, there’s good music here, but with its soft nature and overall lack of cohesion it’s one of Garbareks less important and more unessential items. 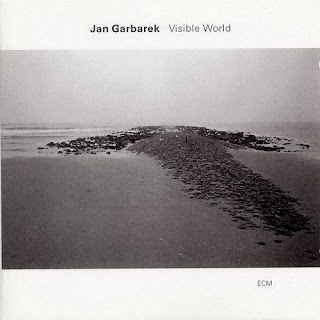