Reviewing Trish Clowes and being reminded about her possessing that similar melodic and lush sound lead me to dig out and polish up one of my favourite Getz albums. Well, two in fact. 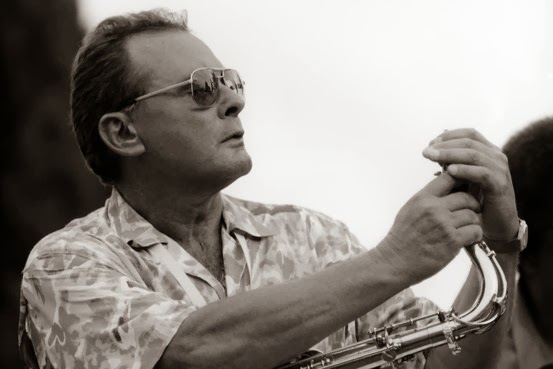 1987 was an interesting year for Stan Getz. Now approaching his 60th year, he was considerably ill, although recently finally free of drugs and drink, and was largely considered a has-been by the music world. Having spent more than a decade attempting to follow the shifting fashions in music and for the most part producing mostly forgettable or uneven inconsistent recordings, 1986 saw him form his first new acoustic quartet for some time and recorded the more-than-solid ‘Voyage’. A strong recording, it sold a good if not spectacular amount and marked for some a small if notable comeback.

The new year then, marked the real growth of the Stan Getz comeback. Performing live with his new band, he found a kindred spirit in piano man Kenny Barron, and together they formed one of the best sounds of Getz’s already strong career. Musically and critically successful concerts led to Getz playing a set at the Café Montmartre in Copenhagen - for many years his new home, having lived there on-and-off with his wife of over thirty years, Swedish aristocrat Monica Silfverskiold.

The entire concert recorded live, with no overdubs, and broadcast on radio, and also later released as two separate live albums, shows ‘The Sound’ - as he was dubbed - at an incredible new musical high. The first half of the show would be released as ‘Anniversary’, with the second half later released as ‘Serenity’. And both are essential Getz items. Not just great live albums, but great albums in their own right.

Avoiding anything sounding like the Bossa that had propelled him into the mainstream in the mid-Sixties, the music focuses entirely on the velvety densely-sculpted takes on jazz standards similar to that with which he had started his career. There’s no cool posturing here either - just straight up and emotional playing from start to finish.

A jaw-droppingly good ‘El Cahon’ opens the concert with outstanding performances from the entire band and ‘What Is This Thing Called Love’ is delivered at a fast uptempo pace. And despite his then frailty, easily detectable in his few words to the audience, Getz’s tone has lost none of its warmth or melody enriching qualities. Entrancing long and flowing lines are played through, over and around the chords in a truly masterful show of not just musicianship, but beautiful melody.

Kenny Barron and the rhythm section, consisting of Rufus Reid on bass and Victor Lewis on drums, more than acquit themselves, accompanying Getz perfectly, whatever mood his playing dictates. Barron especially shows himself to be one of the best players to have ever shared a stage with Getz, his playing light and tender one moment, funky the next. His solo on ‘I Can’t Get Started’ is a jaw-dropping highlight worth the price of admission alone.

The first half of the show is the slower, ‘bluer’ Stan, and is collected on the superb must-have ‘Anniversary’. The second half of the show, released after the success of the first, makes up ‘Serenity’ – an odd choice of title given that the music present on this second disc is the more upbeat and driving material. Perhaps the best song on this set is the ballad ‘Falling In Love’, but ‘Green Dolphin Street’ and the Barron original ‘Voyage’ make for exhilerating listening. Plus Getz’s takes on ‘Blood Count’ and ‘Stella By Starlight’ are arguably without peer.

Recorded to celebrate his then 60th birthday, you can tell that both Getz and his sidemen really pushed for that extra level of perfection. Bouncing back from both cancer and a stalled career, this truly is a great musical comeback, and arguably some of his best recordings ever. Although taken from a live gig, the sound quality and recording are of the highest calibre, and as such both albums come highly recommended. If forced to choose only one, then ‘Anniversary’ just nudges it ahead of ‘Serenity’. But, ultimately, would you want to leave a gig halfway through? Get both albums and hear one of the best gigs you always wished you’d went to. 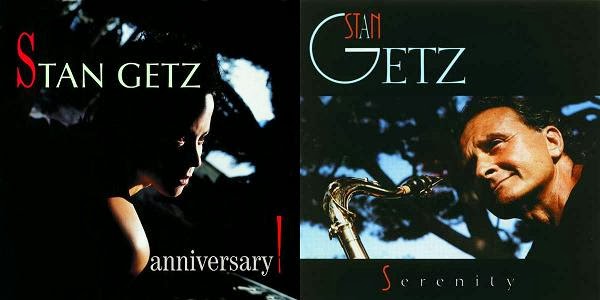